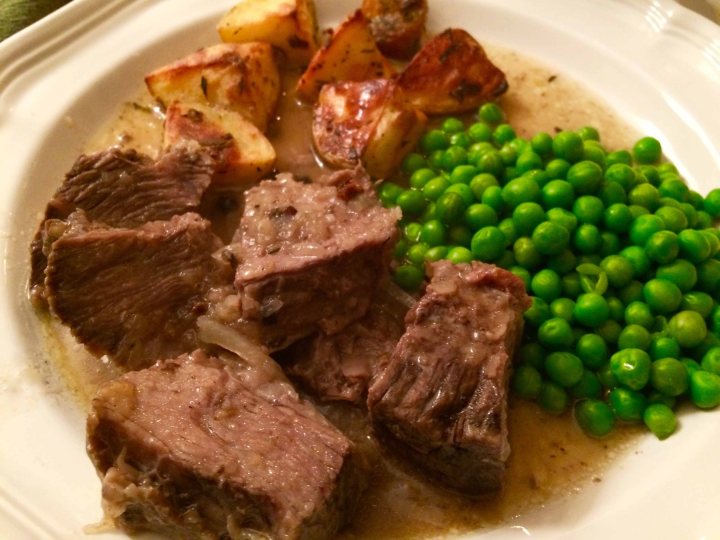 As a child, I often accompanied my mother or my aunt when they went food shopping, which they did on an almost daily basis. Much to my chagrin, however, these excursions took considerable time since they opted to shop at small mom-and-pop stores rather than at the supermarket. Typically, we’d start at the salumeria for cold cuts and cheese, move on to the greengrocer for vegetables, and then end up at either the butcher or fishmonger. At each stop, they seemed to have a warm relationship with the proprietors, asking after their children, listening to their stories, offering them advice, or lending a sympathetic ear.

On one of these trips, it seemed to me that my mother was having a rather long talk with the butcher. She kept smiling and laughing, just a little too much I thought. After we left, I told her that I was going to tell dad that she was flirting with Tony. She grinned at me and said winking, “Maybe I do, just a little, but that’s how I get the best cuts.”

It’s then that I realized one of the reasons why my mother and aunt were always so pleasant with all the shop owners: they were sure to get the best ingredients for our family.

In Italian cooking, it’s essential that the basic ingredients, the prima materia, be of the highest quality because the cuisine is so minimalist. This was a continuing theme of Marcella Hazan’s cookbooks and it seems to have influenced her son, Giuliano. An example is his recipe from Every Night Italian

for beef slowly simmered with onions and juniper berries, which I prepared recently for a weekday supper and served with garlic-roasted potatoes and peas.

Note: This dish may be prepared up to 3 days ahead of time and reheated over gentle heat with a 2 tablespoons of water.