If you had asked me a year ago what I thought of turkey meatballs, I probably would have said “Are you kidding?” But last night, I remembered we had about a pound and a half of ground turkey in the fridge and I didn’t want it to go to waste.

I have a pretty good collection of cookbooks, but none of them had a recipe for ground turkey other than the turkey meatloaf I made for brunch on Sunday. So, I searched the Internet and among a plethora of suggestions, one stood out: Turkey-Spinach Meatballs.

Now as an Italian-American growing up in Brooklyn, I’m no stranger to meatballs. My aunt would make them often for Sunday dinner and, on occasion, would sneak one, freshly fried and with a drizzle of sauce, to me before I had to go to mass. When I told her I couldn’t eat it before receiving communion, she’d say “It’s so little and so good, God won’t mind.”

Indeed they were good, and it’s her recipe that I often follow when I prepare them. But I had to get rid of the turkey.

The recipe I found was on the Bon Appétit website and it also included a recipe for a marinara sauce that was also quite different from my own. But as long as I was going for the meatballs, I thought I’d make the sauce as well. Here’s a link to the site: Turkey-Spinach Meatballs 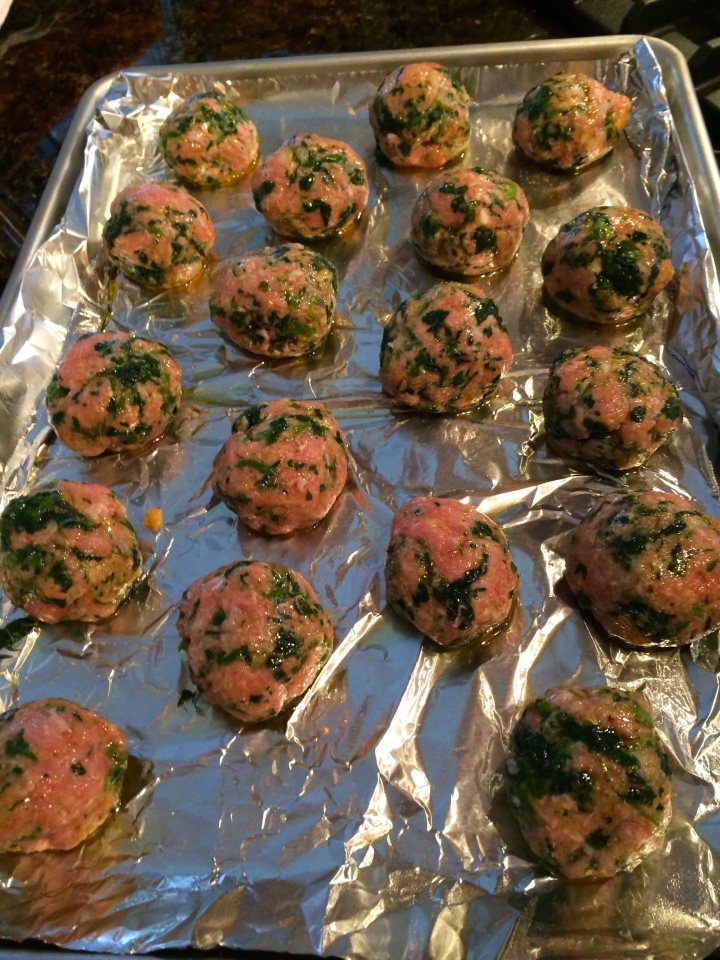 I have to admit that these were some of the best meatballs I have ever had. What surprised me about even more about how good they were is that rather than being fried, they were broiled. Soft and succulent, napped in a slightly spicy rich tomato sauce, they’re a perfect weeknight meal served either with pasta or, as we did, with good Italian bread.

My only deviations from the recipe were that I used slightly less oil than called for in the sauce and used crushed rather than whole tomatoes. I also used 87% fat turkey for the meatballs and may have broiled them a bit longer than specified.